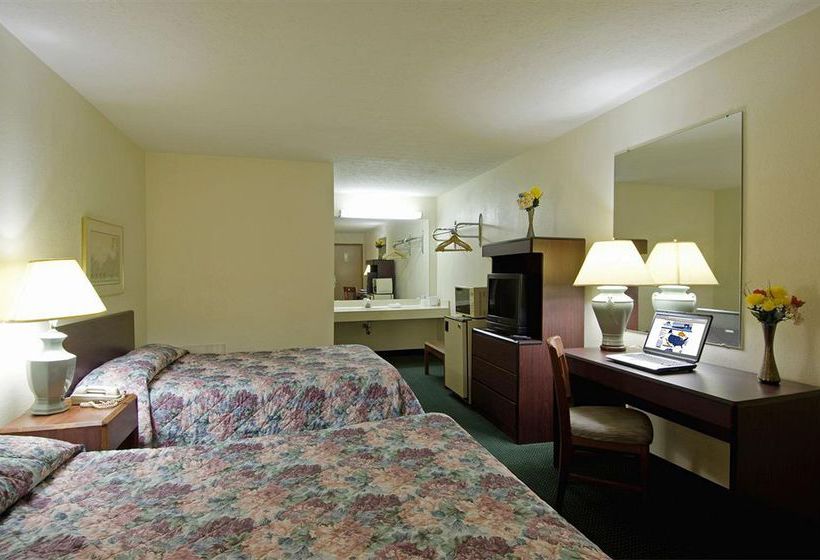 With a stay at Americas Best Value Inn Columbus North in Columbus (North Columbus), you'll be close to Whetstone Park and Champions of Columbus Golf Course. This motel is within the vicinity of Columbus Crew Stadium and Jack Nicklaus Museum. Make use of convenient amenities, which include complimentary wireless Internet access and a television in the lobby. Featured amenities include a 24-hour front desk, laundry facilities, and coffee/tea in the lobby. Free self parking is available onsite. Make yourself at home in one of the 136 air-conditioned guestrooms. Complimentary wireless Internet access keeps you connected, and satellite programming is available for your entertainment. Bathrooms have shower/tub combinations and hair dryers. Conveniences include desks, as well as phones with free local calls.