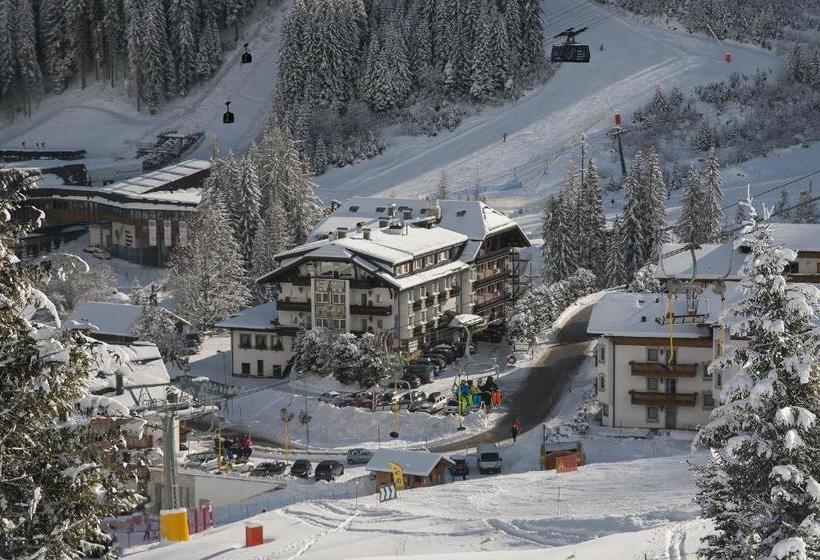 Offering ski-to-door access from the Burz slopes, Sporthotel Arabba has a Veneto restaurant and a hot tub, both with panoramic Dolomite views. Rooms combine Alpine styling with classical elegance and feature free Wi-Fi together with satellite LCD TV. Rooms at the Arabba Sporthotel have views over the Sella Ronda slopes. Each has a private bathroom with soft bathrobes and slippers, and some offer a balcony and spa bath. A continental breakfast is served daily. The restaurant serves both local and international dishes, and regular tastings are held in the hotel’s wine cellar. There are live music evenings during the winter season. The spa offers a Finnish sauna and massage treatments. Ski storage with boot warmers is provided. Guests can reach the Sella Ronda slopes directly from the hotel, and the Marmolada ski area is nearby. Belluno and Bolzano are both an 80-minute drive away.